Dark Angels and a painful month.

Yeah. I started a new army. When Vigilus Ablaze came out I looked at the Fallen angels detachment and thought to myself. Hmm. Two of the people I am most likely to play against play Dark Angels. This will be enormous fun.

I've always had a soft spot for the fallen. Not Imperials, but not quite Chaos worshipers either. Probably. Just sort of doing their own thing. Desperately seeking redemption, fighting for the right to exist.

They can and do exist at all points on the spectrum from out and out villains to the space A-team. With no real official models, I decided to make mine fairly sympathetic. Essentially, I made heresy era Dark Angels.


I love how this guys face came out. I used one of the resin heads from Forge World. The robed body is from the Dark Angels veterans kit, and the arms are from the plastic mark three kit. I think the Pistol is also from the mark three kit, but the sword is from the DA vets kit.

Cypher is Clint Eastwood but in space with a giant sword he never uses. I love this model and have wanted an excuse to paint it for about 1000 years. I actually used some forge world weathering powders around the cloak edges and feet on these models and I think it looks really good. I couldn't be more pleased with how it came out.


Ok, no rules for the guy with the icon strapped to his back in 40k. But they have them in 30k and this army could easily end up pulling double duty. There is also something delightfully old school about his giant red bolter. 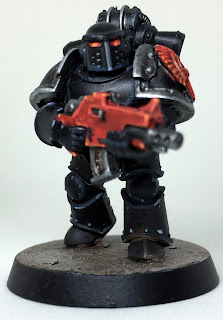 Some of you might be wondering where my emperor's children went for this month and last month. I dunno. I got inspired to do these guys, and then work came crashing down like a pile of bricks. A lot of industries have seasonal things were work gets really all-consuming and stressful. In teaching, this is undoubtedly the exam period.  Best laid plans for how to use my leisure time kind of went out of the window and the thing I was the most actively interested in rose to the top. 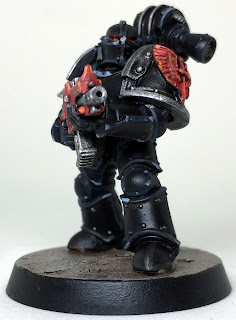 Although actually it's taken me a long time to get around to painting these guys. I spent more time just sort of sitting around feeling tired and - this was before I threw my back out. Then, of course, there is the everpresent head-desk confluence that is any conversation about British politics at the moment. It felt really important to pick up a paintbrush again and get these guys finished. 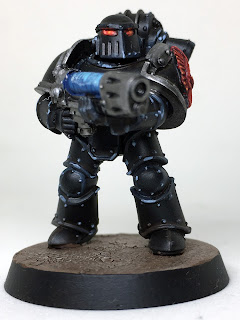 The most important thing for your overall wellbeing is to have a hobby. If this wasn't my hobby drinking single malt whisky would probably be my hobby. So... this is better. I'm really rather pleased about how the plasma guns came out. 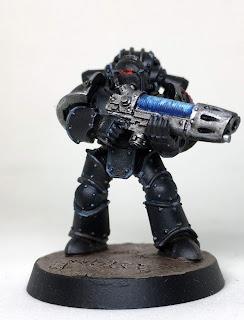 There lots of plasma guns because I would like to perhaps win a game of Warhammer 40,000 and I understand this is how it's done. But also, it's what the Dark Angels like to use. 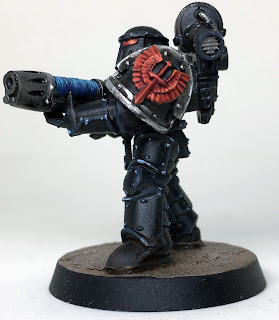 I feel like my photography is better. Although this isn't due to any quantifiable skill on my part. Just dumb luck. (or a software update!). 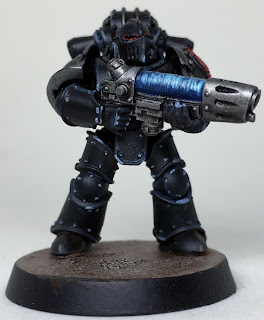 I've kind of run out of stuff to say between each picture as it goes. If you are reading this before Thursday the 23rd of May then don't forget to vote in that upcoming European Election (that we are just all so thrilled about). 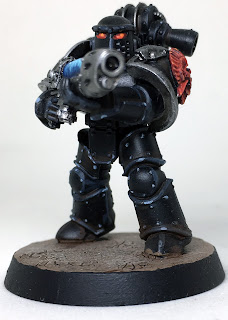 What's next? Who Knows. This is my current painting queue: 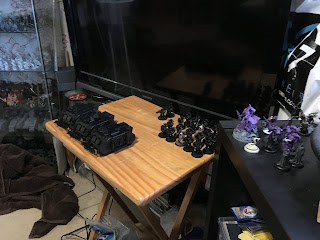 It should logically be the rest of the fallen there. But I seem to be terrible at sticking to things.

at 20:19:00
Email ThisBlogThis!Share to TwitterShare to FacebookShare to Pinterest