I know. You are accustomed to coming here and looking at painting toy soldiers. For a long while I have felt their is no point writing about anything political. We the people as it where cannot change anything just at the moment. However; my view is evolving and I feel the need to lay it all out once again. 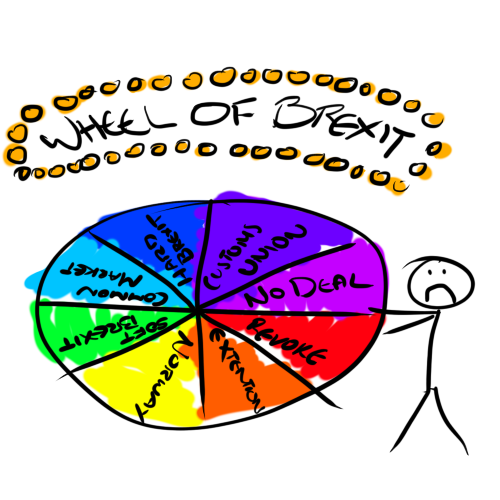 What is the customs union, and why do we care?

The customs union is, to massively simplify, a common set of rules. The rules are devised by the EU as a whole and define common standards. This were the slightly apocryphal 'bendy bananas' story comes from. The customs union defines what constitutes, say, a bottle of mineral water, across the entire EU. This has a clear benefit, it means that goods being sent from the UK into the EU, and coming into the UK from the EU have a swift journey through ports. No customs checks are required because we all agree to make our products to the same minimum standard.

The customs union has some clear disadvantages however. The first is cultural. A European nation with a long and rich tradition of luxury sausage making might well seek to define a 'sausage' as having a higher minimum meat content then another nation fond of cheap sausages. (This sounds really silly but was actually a concern at one point). The cultural argument is deeply divisive since younger people are more likely to want an expensive luxury sausage and older people are likely to be partial to a packet of Richmonds. (Sausages, not tobacco.) And it's a whole thing that becomes bizarrely emblematic of the whole cultural divide.

It's also so much smoke. The real issue with the customs union is that it means that the EU sets external trade policy. It decides, for example, that the import tariff on cars coming from outside the EU is 10%. We can't change that. We can't make our own deals with other nations. Crucially, we can't do the singular thing which was the one real tangible positive promise of the sensible brexiteers. Get cheaper stuff from America. Cheaper food, clothing, footwear. Cheaper almost everything. That's the point.

Now we have a dangerous number of people advocating for a brexit but with a customs union. We gain nothing by this.

Immigration Sidebar: Okay, you might be thrilled at the cessation of free movement of people - but we need immigrants to prop up our economy that's the reality. But I'll go further then pragmatism - some of my best students have been foreign nationals. Some of the best and nicest people I have met. I consider it to be a massive compliment that people choose to come over here and make use of our education system - and guess what, they stay afterwards and contribute to our economy. I know some people have worries about terrorists or what have you. You have been lied to and manipulated. People who wish to come over here and do us harm are, by definition, criminals. If they really want to come then by dinghy or dirigible they will come anyway. Your fear has been moved from it's intended legitimate target to immigrants in general.

A brexit with any form of customs union is worse then remaining in the EU. At least, at least, if we remained inside we would have a say in the policies involved (and a veto!).

My preference remains a brexit that keeps us inside the single market, but outside the customs union. This really would be the cake and eat it of brexits. We retain free movement of people and services (our economy is mostly services anyway) and we are free to strike global trade deals. However my preferred option is the least popular among MP's. I have to reevaluate my stance and ultimately as saddened as I am that we have a government that has totally failed to grasp any of the possible benefits of brexit, I'm not going to grope around for something called brexit just so I can feel like we accomplished something.

In a general election I would sooner vote for a party advocating remaining in the EU, then any party advocating an exit deal which entailed customs union membership. I remain hopeful that another alternative will be offered, but this seems like wishful thinking at this point.

at 13:19:00
Email ThisBlogThis!Share to TwitterShare to FacebookShare to Pinterest
Labels: Politics