As you can see I have painted up enough stuff to use in an entire campaign, and not just a starting team. I'm a little astounded with how much my painting has come on since I last painted some of these venerable old sculpts. 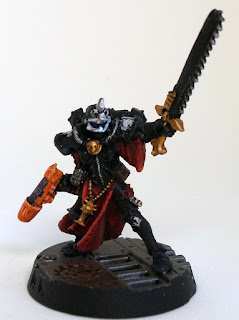 Something quite notable about the leader is that she has a Horus Heresy era plasma pistol, because at some point her metal plasma pistol had been clipped off and replaced with a bolt pistol. This squad was very much put together with the bits and pieces I had laying around after having bid on a lot of ebay lots back in the day. 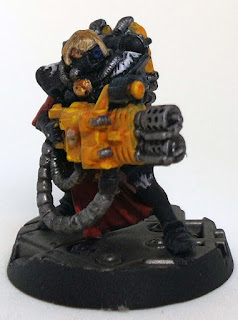 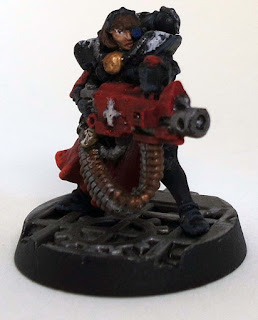 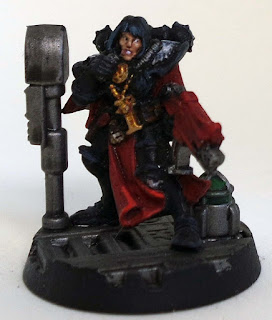 You do get some nice looking 3D basing bits in the new sector mechanicum kit. 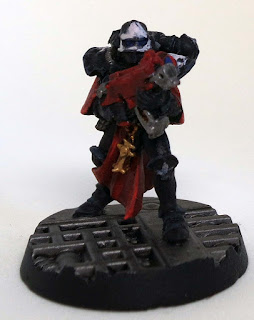 I had to use some helmeted sisters because I don't have that many left unpainted. 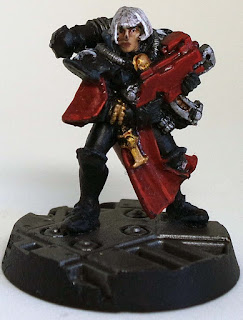 The classic white hair. I don't think Mr Blanche intended for all sisters everywhere to have white hair. If you look in the background of his famous painting there are many dark haired sisters. Nevertheless, the odd one or two are ok.
Also, goddamit, the paint has already rubbed off the end of her nose. 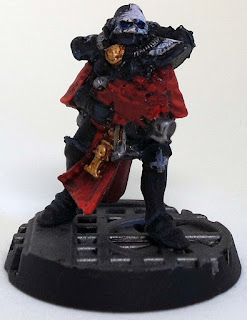 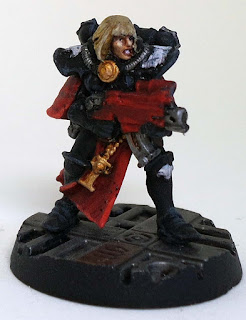 This sister here has probably the best face I have ever painted. And she's a bog standard bolter sister...

In addition to the 10 sisters I need for my gang I also painted two of the three "special operatives". Didn't do a Celestian because unless I am missing something, they seem pointless. This is a conversion using some pistols from the blood angels sanguinary guard box, which I seem to have bought about three of over the years for components. 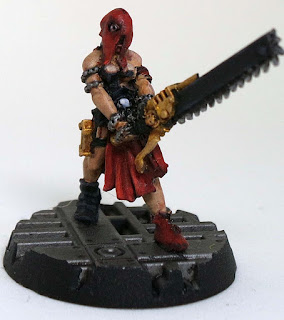 at 18:52:00
Email ThisBlogThis!Share to TwitterShare to FacebookShare to Pinterest
Labels: 40k, Shadow war, Sisters of Battle