Apparently I remembered I have a blog, and picked up my notebook to draft a post. Inside those pages I found a blog post I had previously drafted out. I have no idea why past Phil decided it was not worthy of publication, but I'm pulling rank on that guy. He knew nothing. 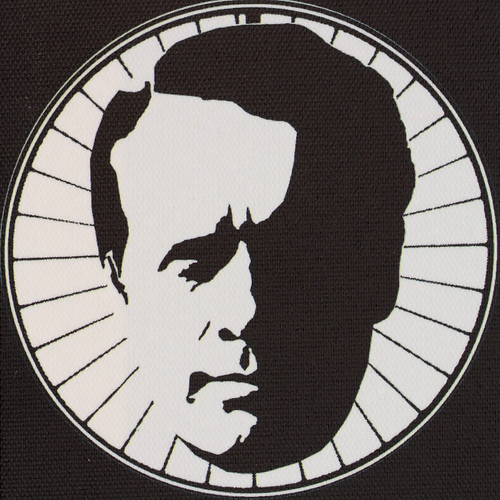 I figured it was about time that I wrote something pertaining to Cult TV on this thing, as it is right up there in the description line.

The prisoner is one of those rare TV shows which made me grow a little in the watching. It got me thinking along lines which got me brought me to rest at my current political views.


This is not to say, I am saying the whole thing is golden. There are a number of weak episodes. 'Do Not Forsake Me Oh My Darling', filmed while McGoohan was off filming Ice Station Zebra, (a cracking film) is pure filler. The same can be said of 'The Girl Who Was Death' which is a recycled danger man script which, while fun, is still basically filler.

However, many of the episodes are very thought provoking stuff. One that always sticks with me is 'A Change of Mind'. I found this a very powerful episode dealing with the struggle between collectivism and individualism. This episode frequently springs to mind when I find myself dealing with people concerned about 'social justice'. Such people often seem to have genuine difficulty fathoming why anyone who doesn't agree with them could possibly think that way.

Obviously, the show has a certain psychedelic 60's aesthetic to it which can make it a little impregnable to modern tastes. And the ending, well, it doesn't resolve everything (anything?) easily. However, to me, this is a blessing. If the show had even a superficially straightforward ending, this would detract from it's mental chewiness. In wanting to resolve the narrative in your head, you are forced to unpick the series, and consider it's deeper message. To me, that deeper message is best summed up by a quote from McGoohan himself:

"He [The Prisoner] shouldn't have to answer to anyone. It's entirely his prerogative. His God-given right as an individual, to proceed in any way he sees fit. That's the whole point of it all."


Something that has occurred to me since writing this out in my notebook is how well the following quote from the show sums up a lot of the feelings I have about the European Union:

Number Two: It doesn't matter which side runs the Village.


Number Six: It's run by one side or the other.


Number Two: Both sides are becoming identical. What in fact has been created? An international community. A perfect blueprint for world order. When the sides facing each other suddenly realize that they're looking into a mirror, they'll see that this is the pattern for the future.

Number Six: The whole world as the Village?

Number Two: That is my dream. What's yours?

Number Six: To be the first man on the moon.

at 22:02:00
Email ThisBlogThis!Share to TwitterShare to FacebookShare to Pinterest
Labels: Cult TV, Individualism, The Prisoner